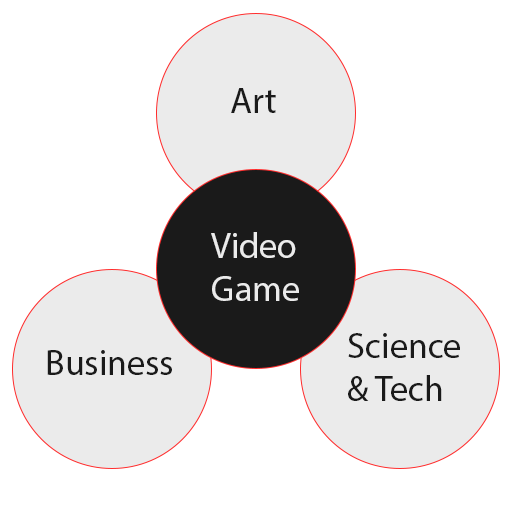 Before we start developing our games, we should be familiar with the basic concepts of video games. To start with, we should familiarize ourselves

with the term “Target audience”.

Determining the target audience is one of the initial steps in your game development process. Ast the term states, It is the demographic group that is most likely to be interested in your game based on their interests, habits, age, gender, etc. Let’s take Fortnite as an example. A fast-paced, action-driven game, with bright colors and cartoonish art style and over 350 million registered accounts, over 60% are between the ages of 18 and 24, and over 70% of its total demographic being male. The games constant updates with current pop culture references, movie themes, and popular character skins are due to its target audience, players most likely to be interested in them. These include crossovers like Marvel and DC, Star Wars, and John Wick.

When developing your game, the right target audience can be crucial, combining different art styles, genres, mechanics can affect that. First-person shooters are predominantly preferred by male players, while casual games like match 3 are preferred by female players. While creating a Match 3 game with the gory and graphic violence of doom may be an interesting concept, but you might not find success in such a game because of a lack of interest by the audience.

So, do you know what your target audience is? Maybe a little more detail about what video games actually are might help with that.

What is a video game?

Games are an integral part of all cultures and are one of the oldest forms of social interaction. Throughout the millennia, people played all sorts of games in different variations. Games allow us to resolve the tension we feel from day to day life, as well as helping us learn and strive for new heights. As society evolved so did games, from simple games like tic tac toe, to more complex and strategic games like chess and eventually to video games, some of which use those foundations to create something new and wonderful.

“Play casts a spell over us; it is ‘enchanting’, ‘captivating’. It is invested in the noblest of qualities we are capable of perceiving in things: rhythm and harmony.”
– Johan Huizinga

Video games are an interactive medium that involves three core principles: mechanics, dynamics, and aesthetics. Mechanics are the science and technology that allow players to interact with the game, Dynamics is the freedom given to the player to express themselves within it, and aesthetics is the art within the game allowing the player to envelop themselves in new worlds and stories. Video games entertain us, give us a sense of competition and accomplishment, allow us to learn new things, and give us the opportunity to escape our everyday life for a moment and become some else.

Who is playing video games?

Over the years, interest in video games has risen to unbelievable heights, making the game industry one of the biggest industries in the world today. In earlier years, video games were mostly played by children, but today, we have people playing games through all ages and genders, expanding target demographics and interests, most players being between the ages of 18 to 34, with most men playing on consoles, while women prefer mobile games.

In order to maximize the success of your game, it’s important to know which demographic it’s appealing to, whether you are creating a match 3 game with cute and colorful aesthetics, or a more dark and gritty shooter game, each element you incorporate to your game may appeal to a different demographic.

Figured out what kind of game you’re going to make and what your target audience is? Perhaps we can help with that! Feel free to contact us.